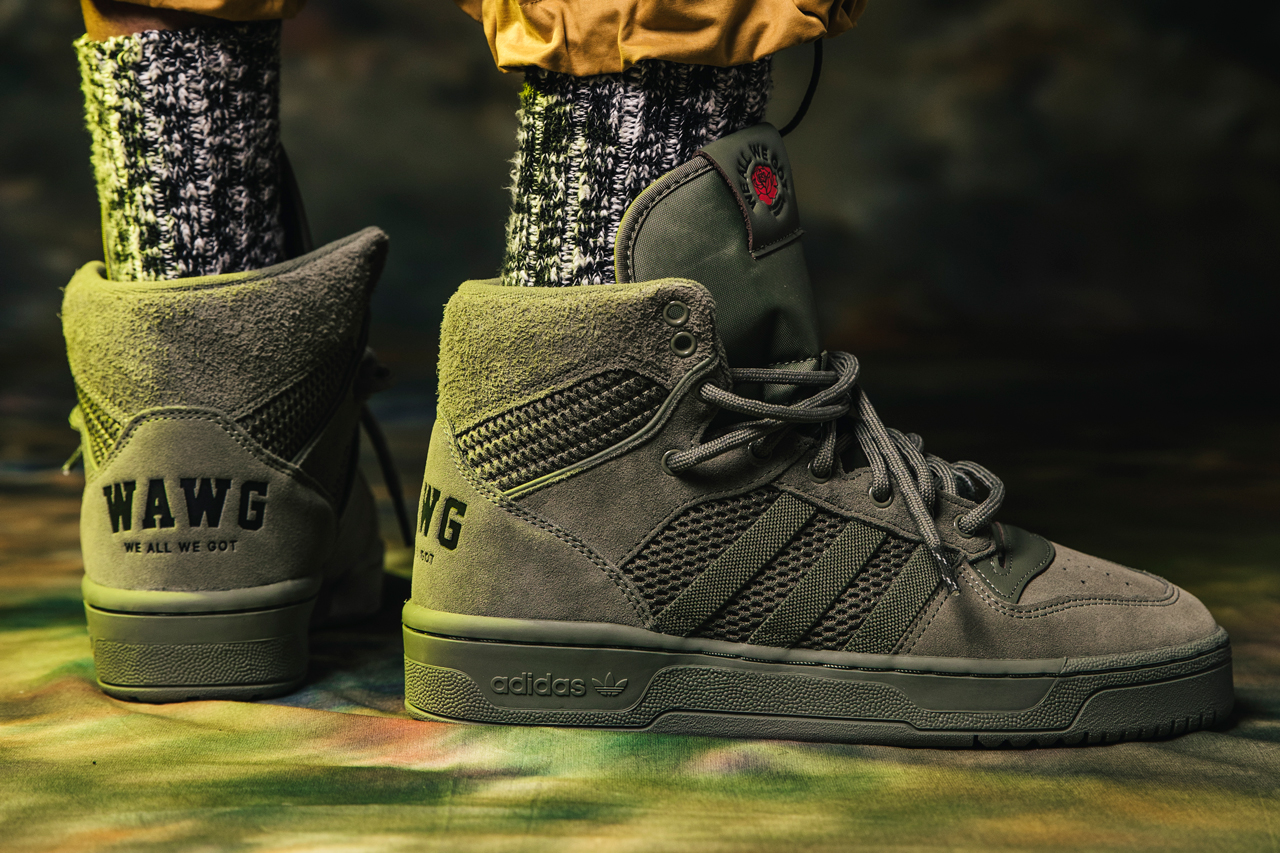 Captains have been chosen, teams/event participants have been selected, and tip-off for NBA All-Star Weekend 2020 in Chicago is right around the corner, so adidas has officially announced its slate of All-Star footwear offerings. Tapping some of Chicago’s most renowned retail outposts and creatives as well as whipping up special models for adidas Basketball‘s multiple All-Star participants, the Three Stripes is ready to put a stamp on ASW — both from a lifestyle and a performance standpoint. Fat Tiger Workshop is a hub of Chicago street culture, so adidas Originals and 3/4 of the Fat Tiger team — Rello Jones, Des Owusu and Victor Pitre — have combined for 4 silhouettes. These include an olive green We All We Got Rivalry Hi inspired by the city’s ready-for-anything nature and three takes on the Superstar: a “Chicago Plays Harder” with DJ-style detailing, a soft pink “Paradise Lost” style with a ‘We Are All Superstars’ text hit and a feminine “Chicago Girls Do It Better” makeup with red patent leather. These will hit Chicago-area retailers on February 8 before rolling out to the adidas webstore on February 15. Prices range from $100-$110 USD.

adidas Originals also tapped Jasmine Jones for a Top Ten Hi “P.D” and a Pro Model “Heart Court.” The former is inspired by famous images Jones took of Chicago basketball courts at dusk, while the latter offers a colorful heritage basketball style with vivid accents. Both will arrive at Chicago retailers on February 12 and then make their way to the adidas webstore February 15. The MSRP for each is set at $110 USD. Lastly, the Trefoil Brand is set to open a pop-up iteration of Tony’s Sports, a Windy City purveyor of sporting goods that was popular in the ’80s and ’90s. This will feature panels, special product and even a pop-up tattoo shop, running from February 7 to February 16. Details above. Moving from the streets to the hardwood, some of adidas’s best NBA athletes have received special All-Star makeups. Kicking things off are a duo of heartfelt tributes to native son Derrick Rose by way of his original adiZero Rose 1. The silhouette sported by Rose during his MVP campaign in 2010-11 with the Chicago Bulls, the AdiZero Rose 1 is back in both “Concrete Rose” and “Simeon Academy” makeups, the latter of which is inspired by Rose’s high school days. Each releases February 13 at Chicago retailers and hits the adidas webstore February 14 for $140 USD. Next up is Damian Lillard, whose Dame 6 has received a special iteration courtesy of the one and only Pusha T. Inspired by the duo rising to the top of their respective fields, the shoe features “I Am My Own Fan” printed across the medial midsole and uses other design elements inspired by ’90s mixtape culture. It’s a collaboration that only makes sense: Dame moonlights as rapper Dame D.O.L.L.A. while Pusha T has long been known for his vicious rhymes. The Pusha T x adidas Dame 6 releases via adidas’s online store on February 14, and is priced at $140 USD. James Harden and Daniel Patrick are continuing their fashion-forward partnership with a new Harden Vol.4 that draws inspiration from adidas’s rich heritage and Harden’s eclectic style. The lightest adidas Harden sneaker yet, it also features responsive Lightstrike midsole cushioning. The Daniel Patrick x adidas Harden Vol. 4 will release at the adidas webstore on February 14 for $150 USD. Last but not least on the signature front, Donovan Mitchell‘s D.O.N. Issue #1 gets dressed in a simple-yet-effective black and orange colorway — combining flash and understated style in equal measures, much like the athletic guard himself. Look for an adidas online shop release come February 28 with a MSRP of $100 USD. Rounding things off are two new takes on the Pro Model 2G Shelltoe: one in bold gold and black, the other with classic Superstar coloring. Both styles will be worn by Brandon Ingram, Kyle Lowry, Trae Young, Patrick Beverley and Zach LaVine over the course of the weekend. Each releases via adidas’s online channels February 10 for $100 USD.

For more sport-geared news from adidas, check out new jerseys for all 26 MLS teams, created as part of the league’s 25th anniversary. 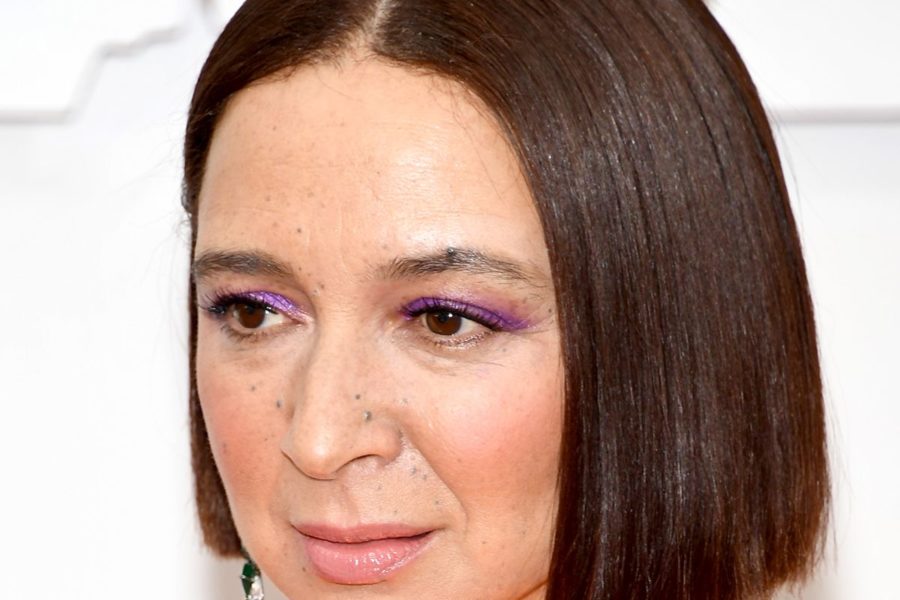 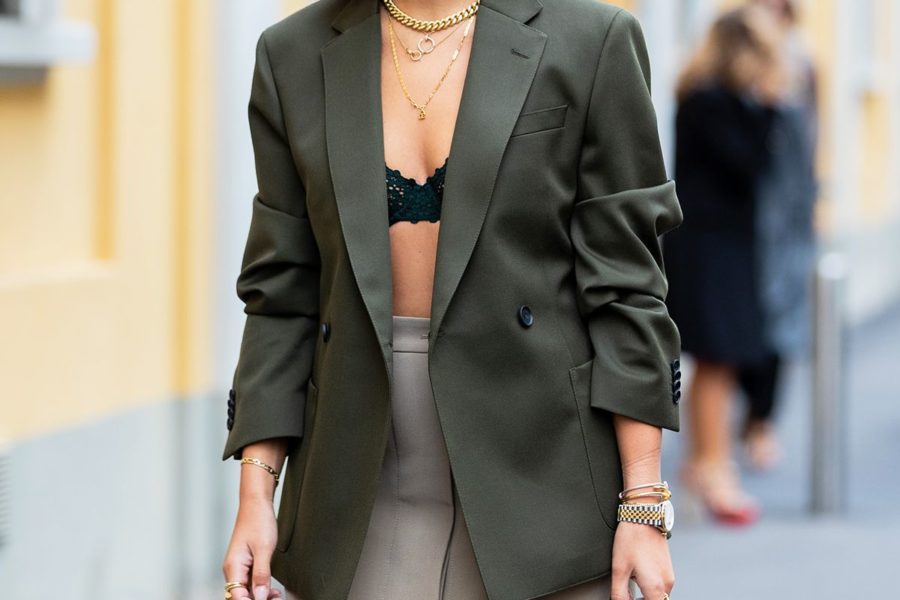