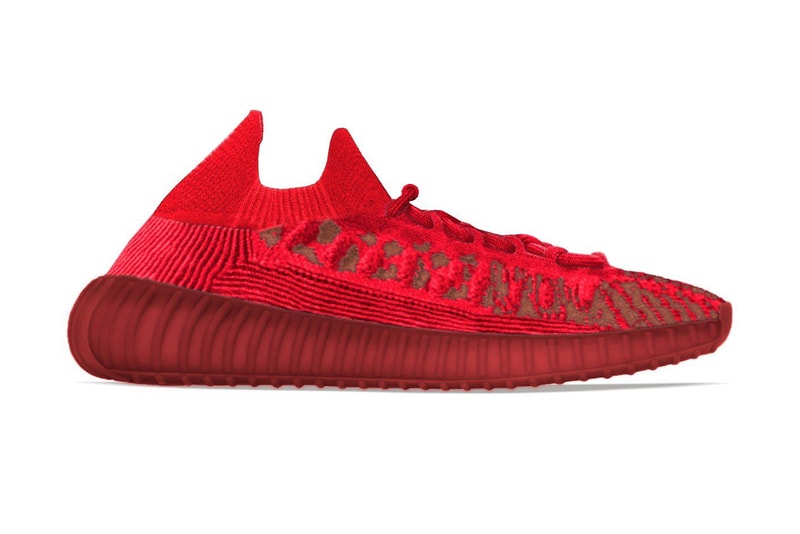 In the six years that Kanye West and adidas have been partners, both parties have completely shaken up the game with a vast array of new silhouettes, release methods and more. And as the creative genius moves into the latter half of 2021 and into 2022, he’s already got several new footwear colorways up his sleeve, one being this adidas YEEZY BOOST 350 V2 CMPCT “Slate Red” colorway.

Much like West’s famous Nike Air Yeezy 2 “Red October” and his forthcoming adidas YEEZY FOAM RNNR ‘Vermillion,” this impending take indulges into the all-red aesthetic that is most commonly associated with him. The upper halves come engineered with a full PrimeKnit base that is tightly woven around the heels and mudguards, but becomes looser around the toe boxes and side panels to create a striped pattern. It also is designed with a sock-like collar for a snug fit and comes completely drenched in a scarlet hue. While this is only a mock-up, the ribbed midsole piece appears to be swathed with a darker tint of red.

According to YEEZY MAFIA, the adidas YEEZY BOOST 350 V2 CMPCT “Slate Red” is expected to drop in February 2022. These would surely make a nice Valentine’s Day gift for your significant other.

For more news from the masterful brain of Kanye West, check out an early glance at the adidas YEEZY BOOST 350 V2 CMPCT “Slate Blue.”